Can You Clean Vinyl Records with Microfiber Cloths? 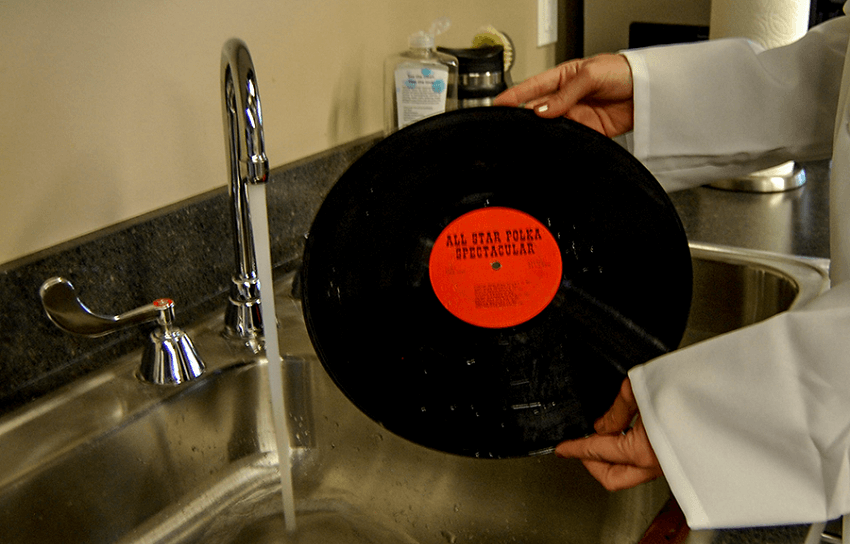 Every music fan sooner or later wonders how to clean a vinyl record at home. Today, the range of proposals in the form of technical means, chemical compositions, methods of cleaning, and all sorts of innovations is so wide that it can be confusing.

In this article, I want to talk about the best record cleaning kit and more specifically about how to wash the records.

Why you should wash vinyl records

The vinyl records is a disc, on each side of which an involute groove is applied, with a certain depth, with a certain trajectory and with a microrelief inside the groove. This is all a purely mechanical system. Since the trajectory of the needle movement and the output signal by the head, will depend on the cleanliness of the surface in the grooves, it is necessary to fight for the initial parameters of the grooves provided by the manufacturer.

Still, life is not an ideal movie, in reality, there is a place for dust, greasy stains from hands after a tasty cake, and that can significantly damage your records. No matter how hard you try to keep records from this, anyway dust will accumulate on them, even from a paper envelope in which they are simply stored in your record library on a shelf. So from time to time, the plates still need to be washed.

Probably the very first thing a person buys after the player and his first record is a brush for routine dusting. It would seem such a simple thing, but a large amount of them are produced, of different designs, “varieties” and colors.

Before washing, it is necessary to protect the center of the plate from moisture, often called “apple” among music lovers. Otherwise, the paper (as a rule) label can easily go blistering, warp, peel off, or completely lose its original appearance. The easiest way to do this is with a plastic lining that matches the size of the “apple”.

The vinyl record is washed according to the following algorithm:

Requirements for such a microfiber record cleaning cloth should be: